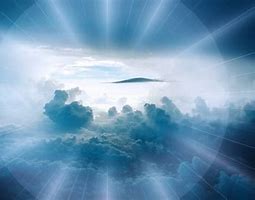 Hello Everyone, Gather Around, For It is Story Time With Pastor Deborah

Wilber, Bluebirds, Are all the Little Ones here and sitting down?  Yes, Pastor

Welcome Little Ones, I am Pastor Deborah, The Spiritual Shepherd of The Garden of Agape Love, Where we are today.

Shepherd, Yes, Little One, Where are we exactly?  Are We in Heaven?

No, Little One, we are not in Heaven, The Garden of Agape Love Is Here On The Earth where It has always been.

But, no one knew about it, or knew how to get here.

That is right, Little One, The Entrance Had Been Hidden Until a True Shepherd of Agape Love could be found and trusted with the Garden and Care For It, Love It, Be able to Shepherd the Living Creatures and then to desire to  sleep in it every night as a Shepherd does out in the fields with Another’s Sheep.  Then after that, This Shepherd had to love you, all humanity and help them to find the way to The Garden with the help of the Living Creatures.

And you, Pastor are that Shepherd?  Yes, Little One I  am.

How can this be?

There are Wonders of the Realm of The Spirit that most don’t know about and don’t believe in if they knew of it.

I am here, Yes, But What Part of Me is this?

Your Spirit, Little One.  What is that?  Where is my body?  Oh, your physical body is still where you left it, on the earth.  It is quite fine.  I have an Angel watching over it to keep it safe while this part of you is here.

How Did I get here.  A Bluebird was sent from the Heart of Agape Love to get you and to bring you here so you can begin to see, to learn and discover more about yourself and this realm that you know very little about, but it is real and timeless and wonderful and full of danger and evil as well.  For outside of this Garden lies very evil and wicked things that seek this part of you great harm and torment, but I am here to help you so that won’t happen and if it does, to bring this Realm of Healing to you, the real Timeless You that is here today in The Garden.

Everyone ready now, Good, Today’s Story Time is going to build on all the other stories I have been telling.  Does anyone remember the last Story Time and what it was about?  Shepherd, Yes, Little One, It was called A The King Is Born,

That is right.  It was about This One Becoming A King within himself.  That Is Right.

Tell the news ones, Who This One is, Little One.

He is The Creator of all of us, and the Garden and all the Living Creatures.

Yes, that is true.

Well, Long Ago, Before There was any thing, No Creatures, No Creation, Just The One within himself

He had decided it was near time to give Birth to Creation, but still he had to make sure He was ready to Rule and Govern All that He was going to Release out of Himself, Life and Creation Itself.

So, The One Took Time To Review What He Needed to Create For All of Creation To Know About Himself and The Power of His Right of Ruleship Due to The Legal Right of being the Creator of All

He Knew He was already a King and He would NEED A THRONE to CONDUCT His Royal Business of Governing, Ruling and Reigning all of Creation

HIS THRONE OF THE HIGH HEAVENS

Out from His Imaginations He would Bring

HIS HIGH PLACE, HIS THRONE

The Place of His Rulership Over All of Creation

Is that all of us, Pastor?  Yes, Little Ones all of us!

Even over you, Pastor?  Yes, Even over me!

From The Throne, This High Place

Would Rule All He Created

By The One’s High Throne,

The Creator’s Character, Truths, Wisdom, Mercy, Anointing and all That He Was Would Be Seen, And Known

Would Rule All of Life

And Even Over The Mean Old Captain Hook?  Yes, Even Over Him.

What about Captain’s Hook’s Mean Pirates?  Yes, Little One, Even Over Them.

The Throne Of The One

The ONE’S High Place, His Place of Rulership

Yes, Little One, You have a question.

Where Is The ONE’S THRONE?

Is It here in the Garden?

The Throne Of The ONE is too big for the Garden.

So, What made THE ONE’S THRONE so Big, Pastor?

Well, He is A VERY BIG CREATOR, Little One.

Oh, Yea, I Forgot, He Was The CREATOR OF ALL LIFE, Right?  Yes, Little One.

THE ONE had already IMAGED, CREATED within Himself what HIS THRONE would be, represent and symbolize to all of Creation.

He knew that HIS THRONE would Be Large and Magnificent, Full of His Radiant Glory and Power.

Would Be A Place of Meeting, A Place where His Authority and Dominion Would Be Seen and Displayed for All of Creation to See

The Creator’s High Place, Above All Creation

Pastor, Yes, Little One, IS THE THRONE A CHAIR?

It is a Seat/A Chair, But More Than A Chair or Seat.

THE CREATOR’S THRONE IS

His Holy Place, In The Highest Heavens

His Royal Place of Decrees and Proclamations

His Place of Rulership and Reigning

The Place of Meeting With The Creator

The Throne, The Eternal Seat Of The One’s Great Majesty and Glory As The King of Creation

The Throne, The High Place For All Of The Ages To Come and Beyond

The Throne, Of The One, The Place of Glory.

So, The One had checked Himself and He had His THRONE ESTABLISHED within Himself

So, He was not yet ready to Birth Creation, Still He The One had to now ensure The FUNCTIONS AND ESSENCE OF THE THRONE ITSELF

Little Ones, That will be the NEXT STORY for Everyone, in The Garden With Pastor.

But Take this Image with you of The Throne of The Creator and begin to imagine This Great High Place Of The King of Creation.