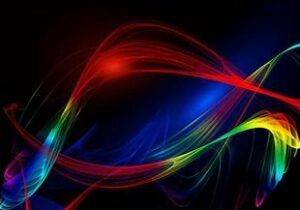 Little One, Little One – Wake up, It’s time to get up an walk and talk.  Ok, Your Majesty, I’m up and ready.  What are we going to talk about today?

We are going to continue on with Mickey and his story.  Do you remember where we left off, Little One?  Yes, Sir, I do – The Real Sorcerer had just come back to the room where Mickey was and saw the Whirlpool of water swirling in the room and the enchanted Army of Brooms were still filling up their buckets with water and things were NOT GOOD!!

Yes, Little One that is right, now let’s pick up the story.  Ok. Your Majesty.

and he spread out his arms in a very authoritative postion to stop the Whirlpool of water and the army of brooms!!

And Immediately, The Water Vanished and the army of brooms just disappeared!

Sir, yes Little one, How could The Water Just Disappear?  Wasn’t it Real?  And The Brooms, weren’t they real?

Great questions to ask.  So, I am going to teach you about something you are now ready to begin to spiritually perceive and understand that you have not heard about until this day.

The Great Hat of Magic had the Power to bring two realms together as though they were one. Two that have been separated by a Veil/A Door of Separation had been opened/pulled back and Two that were separated, yet parallel become as one Realm/World/Together as One.  Is that what happened with Mickey and The Water and The Brooms?  Yes, Little One, Exactly.

What was of two realms, The Hat of Magic and It’s Power OPENED THE DOOR BETWEEN THE TWO REALMS and Mickey and the room was in a mess of trouble.

So, the Water and The Whirlpool and The Brooms were a SUPERNATURAL manifestation of an Spiritual Event happening in the Realm of the Spirit – The Realm that appears to us in our dreams when the Doorway and the Veil have been opened and pulled back and our spiritual being enters that realm.

Little one when the two realms are not separated by a Veil or The Close Door and It will take THE WORDS OF THE RIGHTEOUS SORCERER to speak Words of Authority and Dominion to the Water and The Brooms to return back to the Realm of the Spirit and then The Rightful and Well Trained Sorcerer Closed the Door and Pulled The Veil Down and separated this two realms from each other. 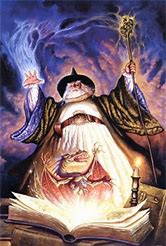 So,  Your Majesty -when the Authorized and Righteous Owner of The Hat of Magic and The Great Power It Had, The Big Sorcerer just spoke and raised his arms and hands and The two Realms obeyed him?  Yes, Little One they did.  Will you tell me more about this Veil/Door that is between the two realms/worlds.  Yes, Little One, I will, but not today.  That will be for our next walk.  I just wanted you introduce you today to this idea of two realms becoming one.  Ok, Your Majesty, I will really want to hear about that. Great, let’s keep going on toward the Great City,  Sir, Yes Little One, What is the Great City like?  Ah, we will have time to learn about It as we walk.  Ok, Your Majesty.