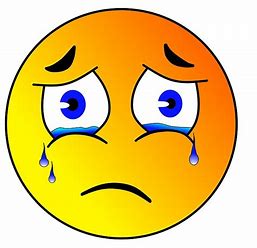 Little One, Wake Up for it’s time to walk and talk.  Yes, Sir, Your Majesty, I am awake.

Little One, Do you remember where we left Mickey?  Yes, Sir, I do.  He was hanging on to The Book of Spells trying to stay afloat from the Raging Waves from the Water.  That is right, He was.  He was very6 afraid, wasn’t he?  Yes, Little One, he was – he was afraid of dying in the water. Was he going to drown Your Majesty?

We will have to find out as we talk and walk today.  So, on I will tell you more of the Mickey and The Stolen Hat of Magic.  Little one, Big and Terrible event was happening to Mickey, something more frightening than the Army of Brooms.  Then Something happened.  What Sir?

The Book of Spells that Mickey was floating on, began to SPIN FOR IT WAS NOW IN A GREAT WHIRLPOOL OF THE WATER!

Oh, no, was Mickey going to be ok?  Little One – Mickey felt himself and The Book of Spells being pulled down.  Down where, Your Majesty?

Little One, when one’s Hidden Man of the Soul has Illegally Gotten by Stealing and being an unrighteous person someone else’s Power and Authority, BAD THINGS WILL HAPPEN.

Death has a Right to take you in the very element of The Stolen Authority.  The Commands of the Hat of Magic of another had the Right to Destroy The Thief of Someone else’s Property.

The Water which was to be used to Help, to Solve problems, to refresh and be used to help others, had become a DESTROYER, An ADVERSARY,  A KILLER, A ENEMY to Mickey, THE THIEF of The Stolen POWER of The Hat of Magic.  Why? Sir?  Because when one takes something that does not belong to him and steals it, desires it for his own self glory and up-lifting, through this unrighteous act of being unauthorized to use this Great Power, these desires of the Hidden Heart will bring about the very opposite of what this Heart of Lust desired, instead of Life and Glory came Death and Fear.

Down, Down, Down Mickey felt himself going, Deeper and Deeper into the Whirlpool.  What happened to Mickey?  I will tell you more next time we walk and talk, Little One.  But learn this.

When the Soul’s Hidden Man STEALS power and authority from another for one’s own personal use and glory and just dreams of his own grandeur, and has DREAMS of his own Glory when he had had no training, teaching, no tutoring and discipline and not released by his Tutor and supervisor, The Great Mature Sorcerer.  The Soul has no foundations of

The Rightful Use of The Hat of Magic

The Legal Right to Use The Power

The Knowledge of The Serious Consequences Of Misuse of The Power

and therefore, Mickey had none of this training, education, knowledge AND Therefore BAD THINGS WILL HAPPEN.

Little One, Next time when we walk and talk I will tell you more of Mickey, The Stolen Hat of Magic, The Magic Broom, The Room of The Whirlpool of Water, The Untrained and Untutored, Uneducated and Unapproved Sorcerer’s Apprentice and the BROOM OF MAGIC.

Ok, Your Majesty.  you always give me so much to think about and to learn.  Yes, Little One, for there is much to learn and know about one’s Hidden Heart of the Soul.